I’ve started using Day One App to write a Journal and to log some other stuff.

The other stuff… I’m using Brett Terpstra’s Slogger scripts to log that.

Also, I’m trying to teach myself some Markdown as part of the process too.

Anyway, I decided to repost what I journaled today as a blog post… so here goes.

I was listening to Cmd+Space episode 3 today. It got me thinking about my blog again.

I haven’t really posted anything for quite a while. But then what should I post? I mean, I don’t really follow a lot of tech journalism, except for the podcasts I listen to, to keep up-to-date. My current job means that I’m only really online during breaks and in the evenings.

I could talk about Movies and TV Shows I watch, but, as much as I enjoy watching, I don’t have the critique to give a serious review of them (though that doesn’t mean I won’t do it every now and then).

I even thought about making a Podcast, but what would I talk about.

Anyway, I’m hoping that actually writing about stuff each day in my Journal will wake me up and get me doing something.

I really have no idea what to expect it to bring, but I hope that it doesn’t involve too much more of an outlay on my car.

I’m hoping to get off my backside and actually write a bit more, as well as change my blog’s theme.

I'm only writing this blog post in protest of "International Women's Day". 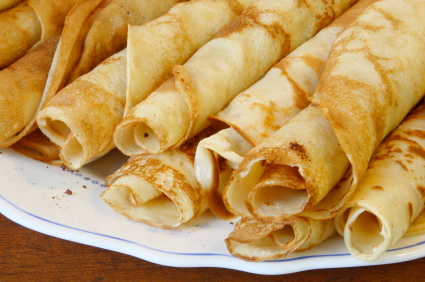 Before you all write in your letters complaining as to how much of a chauvinist pig I am for not recognising Woman (hear her roar). I would like to point out that I love women. I Love my Mum. I just find having "Days" to celebrate Vive La Difference an offensive notion. Seriously, why can't people just remember and appreciate the women in their lives without being "reminded" to do so by some group that really wants to create a fuss when none is needed.

Anyway. When you get home tonight, let the women in your life (Mum, sister, wife, significant other) know that you love them… and then enjoy some pancakes. (that's way more important anyway.)

EDIT: I would like to make a correction. I've had it pointed out to me that IWD is more about the fight for Women's rights over the last 100 years than just celebrating Woman. I have to say,  I am for and agree with this, but having a day for it? I suppose I am a chauvinistic guy after all…

As an afterthought, I completely agree that women should have the Right to vote, the Right to education, the Right to own property, etc, etc, BUT, being a Christian Guy that believes in the Right to Life (and I know this isn't a popular choice with a lot of women nowadays) I can't say I agree with the Right to Choose.

Also, believe it or not, this is something that has been the bible, and written a few thousand years ago (I am not a scholar, so don't quote me on dates for this). In some regards, this will also not be a popular option, but the passage is referred to as "The Wife of Noble Character" Proverbs 31:10-31

I still think you should have Pancakes tonight though.

Well, I scored a couple of free tickets to get to see Griff The Invisible yesterday morning. How did I get these tickets? All thanks go to whoever is running the Twitter account @GriffTheFilm. They saw my comments about this being a film about me, and followed me on Twitter.

So what did I think of Ryan Kwanten‘s portrayal of my life? I thought it was excellent, but I’d just like to point out one detail. I don’t have an older brother called Tim.
Other than that, I will not confirm or deny anything else about the accuracy of this film in reference to my life.

I would really recommend going and seeing it. It has a touching plot, well acted, and it’s Australian.

Also one final thing. During the film, you see a building with “Griffiths” (pic of it here on Flickr) written on it. That is definitely related to me, and I should write about both it and why I deserve (or at least need) a “Miles to Griffiths Teas” Enamel Sign.

The film isn’t due to be released until mid March, but I would love to see it again.
Yes, it really was that good.

I decided to write this post, because of a phone call I had with my Aunt this evening. I'll start by laying all the cards on the table of the situation.

Well, it started in the late afternoon, with three phone calls. When my Aunt answered the phone, there was no one on the other end of the line, and then a few seconds later, a recording saying "Thank you for you call".

The fourth call had an Indian sounding man on the line, who started by claiming that the company he worked for was receiving "Error Messages from your Microsoft Computer".